Need something rugged and work-ready? Pickup trucks are no doubt within your agenda. And if we’re talking about pickups, the iconic Dodge Ram should at least be considered. With the fifth-generation just introduced into the market, you can certainly score deals on used older, but still reliable fourth-generation models.

If you are near Kitchener Waterloo and love muscular looks, you’ll be enthralled by our Ram lineup that’s full of brutish and bold lines. While pre-owned Ram pickups are seemingly designed with only a pen and ruler, it somehow works well together, culminating into an iconic, maybe even timeless, shape. The interior follows a similar philosophy, featuring a very simple, tough-looking geometric design.

With even the Ram 1500 being a full-sized pickup, the interior boasts a lot of room for passengers, both front and rear. It’ll accommodate particularly lofty folks just fine, offering ample legroom and headroom for a broad array of stature. You will also find an array of small item storage littered around the cabin. While range-topping Laramie models sports both wood and leather, even lower trim models feature an attractive if somewhat basic cabin. Nevertheless, it’s cabin is plenty refined with pleasing build quality, one of the best in its segment. 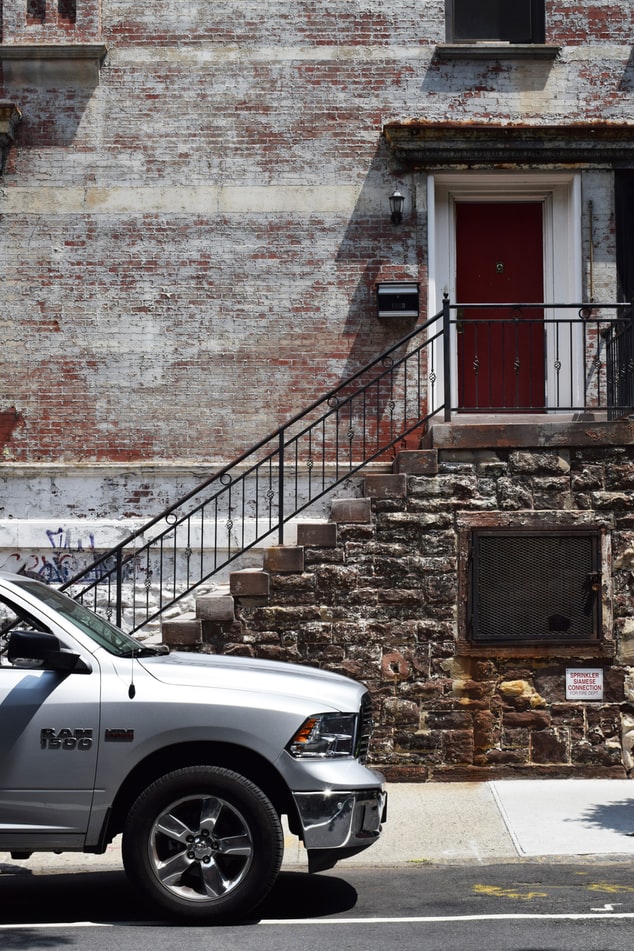 Where the Dodge Ram truly excels though, is in its driving quality. While the initial models came with an admittedly inadequate 3.7-litre V6, they received an impressive 5.7-litre V8 as an alternative option on higher trim levels. After the 2013 facelift though, the Ram received a 3.6-litre Pentastar V6 that puts out power aplenty, and an 8-speed transmission that enhances efficiency and towing capability. 2014 models onwards received an optional 3.0-litre V6 EcoDiesel that outputs comparable torque to the V8 models, an option for those who often haul large loads. If you intend to tow though occasionally though, the base petrol V6 still touts a 4,500 lbs towing capacity. Even the V6 EcoDiesel engine will tow around 9,000 lbs, close to what the V8 offers.

One thing unique to pre-owned Rams is that they offer rear coil-spring suspension. This means that the ride is remarkably well composed even over uneven roads, and the Ram 1500 remains to be a muted cruiser at highway speeds. This means that its fit for long distance drives. It’s also plenty assertive around corners, maintaining a poised demeanor when approaching a bend. At times it may still feel truck-like, jiggling over continuous bumps, since it’s still a body-on-frame chassis.

While early models are still solid options, you’ll want a used 2013 model and above Ram. This facelift brought a major change, down to further chassis reinforcements to tighten up the ride. It also received that new base model V6 that’s far superior to its predecessor, that comes with an optional 8-speed that makes it feel as up to date as any modern car today. The SLT trim with Luxury Group offers a good middle-ground, with 17″ alloys, 7-inch infotainment display, leather-wrapped steering and plenty of convenient amenities.

Still hesitant on whether if a used Dodge Ram is the pickup for you? Thankfully, Garston Motors in Cambridge Ontario has plenty of pre-owned Rams in stock, with differing trim and models to suit your needs. Don’t hesitate to visit us for a hands-on Ram experience, as you might just realize why it’s one of the best-selling Dodge pickups to date.

Check out our selection of pre-owned Dodge Rams 1500 or the Ram 2500 series Trucks. We have all sorts in stock to choose from we are the number one Dodge used truck dealership for selection and variety of Trucks.

Frequency of Payments:
Calculate My Payment